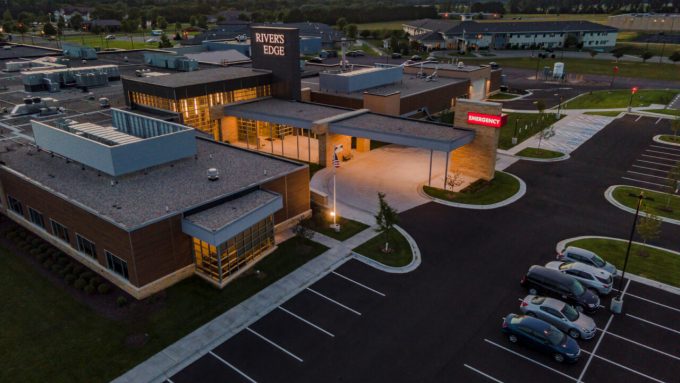 The original hospital was completed in 2004.  The facility had 17 private patient rooms and a small emergency department.  In 2009 the Medical Office Building was opened and featured a retail pharmacy, a chiropractic office, River’s Edge Clinic and the Mayo Clinic Health System, St. Peter.

Growth in surgical services led to growth in other services, prompting in 2016 the thought of expanding the hospital campus.   In 2016 a master facility plan was presented to the Hospital Commission and City Council and in 2017 both groups approved moving forward with the project.  The project is funded through a United States Department of Agriculture Rural Development Loan and through hospital funds.  The loan from the USDA also includes paying the $10 million bond the City of St. Peter had for the 2004 building.