OrthoEdge Total Joint Replacement: “There was nothing left untouched.” 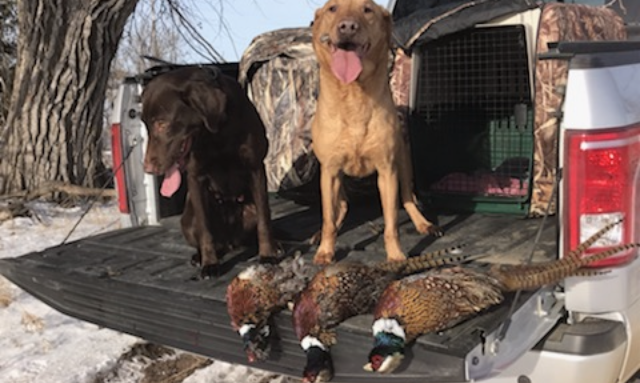 Kirk Yungerberg is no stranger to hospitals.  He admits to “abusing” his body over the years playing football, softball, snowmobiling and other activities.

Injuries, worn out knees, and a few heart attacks have not slowed him down.  Up until two years ago, Kirk was still playing softball.  Bad knees and all.  He has always been a “110 percent guy.”

“My knees have been bone-on-bone since I was 48 years old. I played softball and football the whole time.” 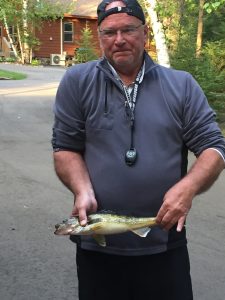 Kirk also hunted and snowmobiled too.  A snowmobile accident left him with a broken back and broken hand.  A later injury required surgery on his rib cage.  With all of that, it was the pain in his knees that made him say, “that’s enough of this.”

Something as simple as walking a block to the mailbox was so painful that he would have to sit and rest for a few minutes before returning home. The one thing that hurt more than his knees was quitting something he loved.

“I had to quit pheasant hunting with my son. I couldn’t walk anymore,” he said.  “I just couldn’t do it.

A short time later, Kirk had an appointment with Dr. Kyle Swanson at The Orthopaedic & Fracture Clinic in Mankato.  In October 2021 Kirk got two new knees and a new outlook on life.

“I literally could have walked out of there,” Kirk said about getting out of the hospital after surgery.  “I had some muscle pain, but the core pain was gone.”

Kirk had his surgery at River’s Edge Hospital in St. Peter.  “It was totally different than what I expected,” he said. “Everyone was so nice.  Everyone said ‘hi’ and made a point to let you know they’ve seen you and acknowledged you.”

The surgery, bi-lateral knee replacement, or having both joints replaced at the same time, went better than what he expected.  His care team explained his goals clearly and he said that was helpful. And the 110 percent guy was up walking shortly after surgery and was able to go home the next morning.

“When I got out of the wheelchair, I walked to the car. I was able to bend my knees and get in.”

At home, Kirk did what all knee replacement patients do – physical therapy. He also continued to work from home and helped with the renovations going on in his home.

Just 12 weeks after double knee replacement Kirk is at 100 percent. He’s going out to job sites, can keep up with his wife while shopping and is looking at getting back on the softball field.  And go hunting with his son.

“It’s 100 percent better than what it was,” he said. “Once you get rid of that core pain it’s awesome.  The rest is doing exercise and don’t stop doing what you used to do.”